Our 2014 Globetrotter of the Year: Oscar Garcia

91 days, 18 countries, 13 flights, 4 trains, numerous buses, 12 forms of currency, and just one backpack. These numbers give just a quick glimpse into the life of Oscar Garcia, our 2014 Globetrotter of the Year. Oscar traveled to more countries with StudentUniverse than any other traveler in 2014.

After completing another semester of school in pursuit of his masters degree in international studies at the University of San Francisco, Oscar embarked on the trip of a lifetime. Starting from his home state of California, he traveled to London, Madrid, Brussels, Amsterdam, Berlin, Krakow, Prague, Vienna, Budapest, Moscow, Istanbul, Athens, Rio de Janeiro, Santiago, Buenos Aires, Lima, Machu Picchu, Guayaquil, the Galapagos Islands, Bogota, and back to California.

Oscar had been accepted to study abroad in Santiago, Chile, and didn’t want his adventure to stop there. So, he planned a voyage around the study abroad program, during which he would travel through Europe, Asia and South America.

He went into his voyage with one thing in mind: he wanted to see the world as a traveler, not as a tourist. To that end, he packed up one (yes, one) carry-on size backpack, and hopped on his first of 13 flights. This allowed him to move at a fast pace between airports, trains and bus stations as Oscar never had to check his bag. Not only did he pack only the essential clothing and toiletries, he also made it a point to stay either in hostels, with friends or family, or in the case of South America, with a host family. In addition to the few items in his backpack, Oscar brought with him $100 in each currency—enough to get him from the airport to the city center, where he could then use his debit card at a local ATM to take out the additional currency he would need during his stay at the best transaction rate. He told us that his most memorable stops along the way were: the Anne Frank House in Amsterdam, the Jewish Museum in Berlin, Auschwitz in Poland, the Kremlin in Moscow, the Greek Acropolis in Athens, Christ the Redeemer statue in Rio de Janeiro, and Machu Picchu in Peru. In addition to these famous monuments, the delicious local traditional food in every country and the people he met along the way truly impacted his trip and life forever! Oscar also commented on his unbelievable experience attending a World Cup game at the infamous Maracana Stadium, which ended Chile 2-0 Spain. He recommends visiting the unique Atacama Desert in Northern Chile. This breathtaking sight located at 10,000 ft above sea level has soil that has been compared to that of Mars. He was able to travel so extensively thanks to competitive flight prices offered by StudentUniverse. His advice to students everywhere is, “Book a flight through StudentUniverse and go. Save money, get a loan for students; what you get to see in the world will never compare to what you owe—ever.”

Oscar has plans to visit the Middle East next. He will write his thesis in Israel and also intends to travel to Morocco, Egypt and Dubai during this time. We congratulate him on being named the 2014 Globetrotter of the Year and wish him all the best for in making lots more memories through travel in 2015! 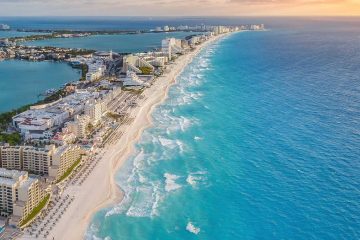