When you’re visiting the United States, there are some foods that you definitely must try. Some might be familiar to you, some you may have never tried before! However, keep in mind that even the ones you are familiar with can taste quite different in the US. Check out our list of authentic American foods, so you’ll know what to eat in America when you visit!

When you think about American food, one of the first things people think of is the burger. Whether you’re on the West Coast, East Coast, or somewhere in between, the classic cheeseburger is truly one of the most iconic American foods. The juicy meat with salty cheese melts in your mouth. Not to mention the fries, chicken nuggets, milkshakes or soda Americans always order with a burger. What a guilty pleasure!

While you’re in the US, you simply must try an American hamburger. Thankfully, there’s no shortage of places to try a burger at: White Castle, Whataburger, Burger King, In-N-Out, McDonald’s, Steak N’ Shake, Five Guys, The Heart Attack Grill… the list of American fast food is endless! 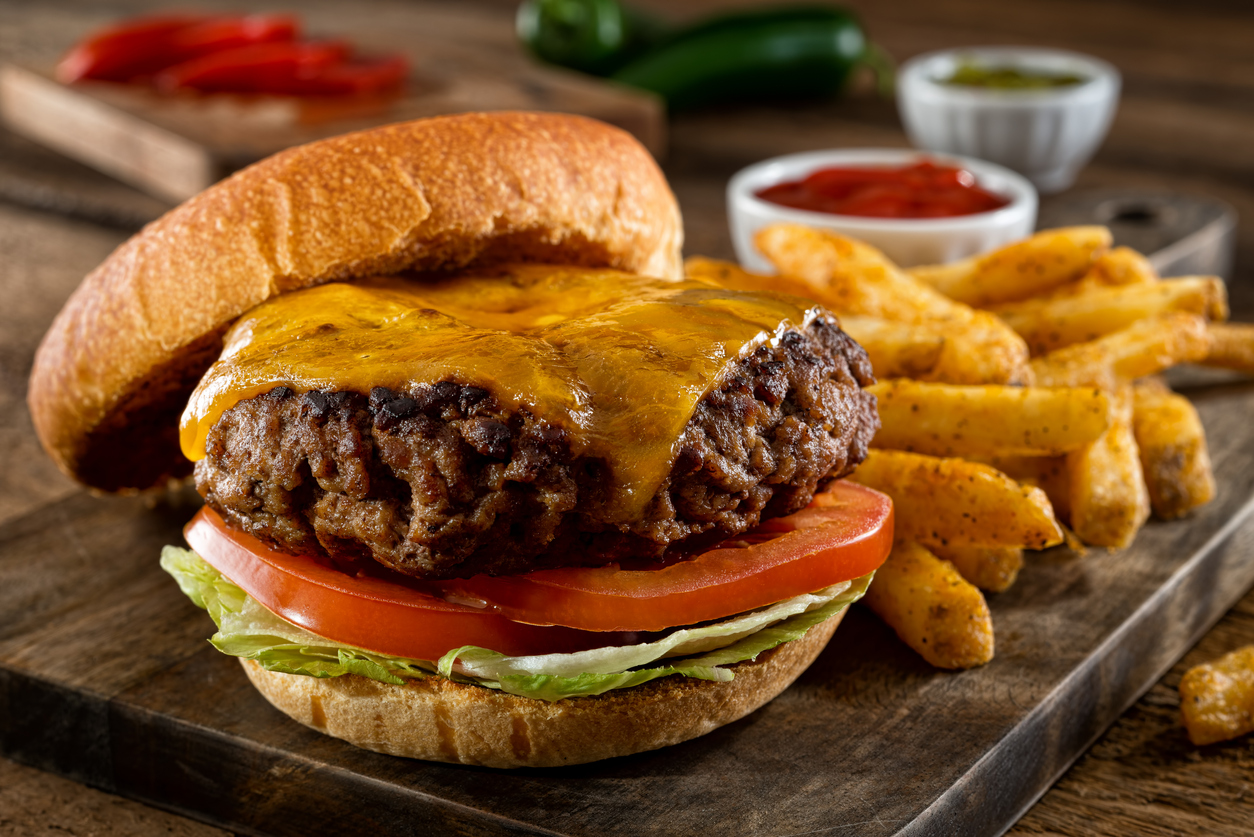 You might be unfamiliar with this name, but you’ve probably heard of it’s nickname: Mac’ n Cheese. With thick, creamy cheese poured all over soft pasta, it’s one of America’s favorite foods. Many Americans eat Mac’ n Cheese as children, so it’s a nostalgic dish for many American students. Even if you’ve never had it before, though, you’ll soon find that nothing tastes better than a hot plate of Mac’ n Cheese late at night when you are cramming for finals. 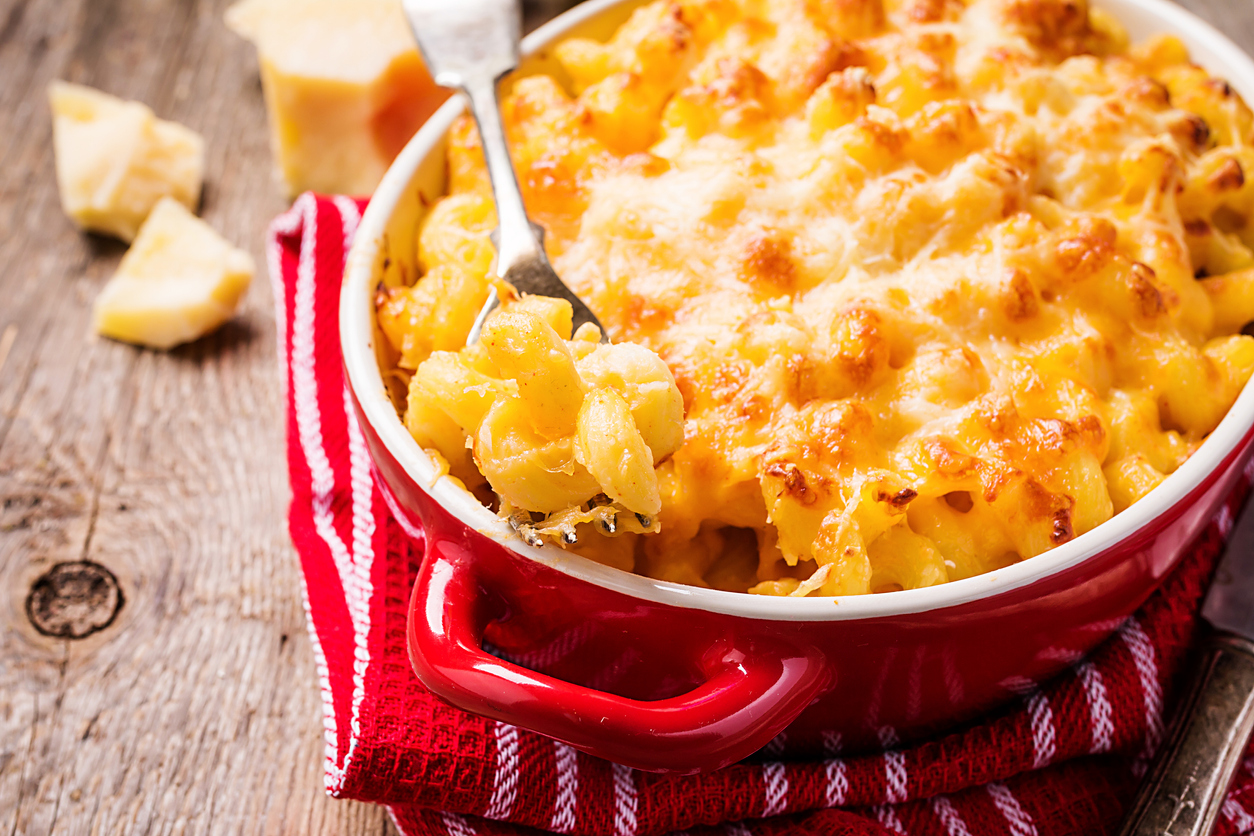 Just like Chinese can’t live without rice, Americans can’t live without pizza. Whether you’re having a party, packing a lunch or going out, pizza is always an option. Keep in mind though that American pizza is very different from what you’re probably used to in China. First, pizzas are bigger in the US. A typical small American pizza is 9-11 inches, so you won’t be able to eat an entire pizza by yourself. Plus, pizza in the US is much thinner and sometimes has very thick cheese and tomato sauce.

Also, even the way people eat pizza is different in the US. Because the pizzas are much thinner, people here usually hold the slice of pizza as they’re eating it—you won’t see anyone eating pizza with a knife and fork like you’re used to in China. 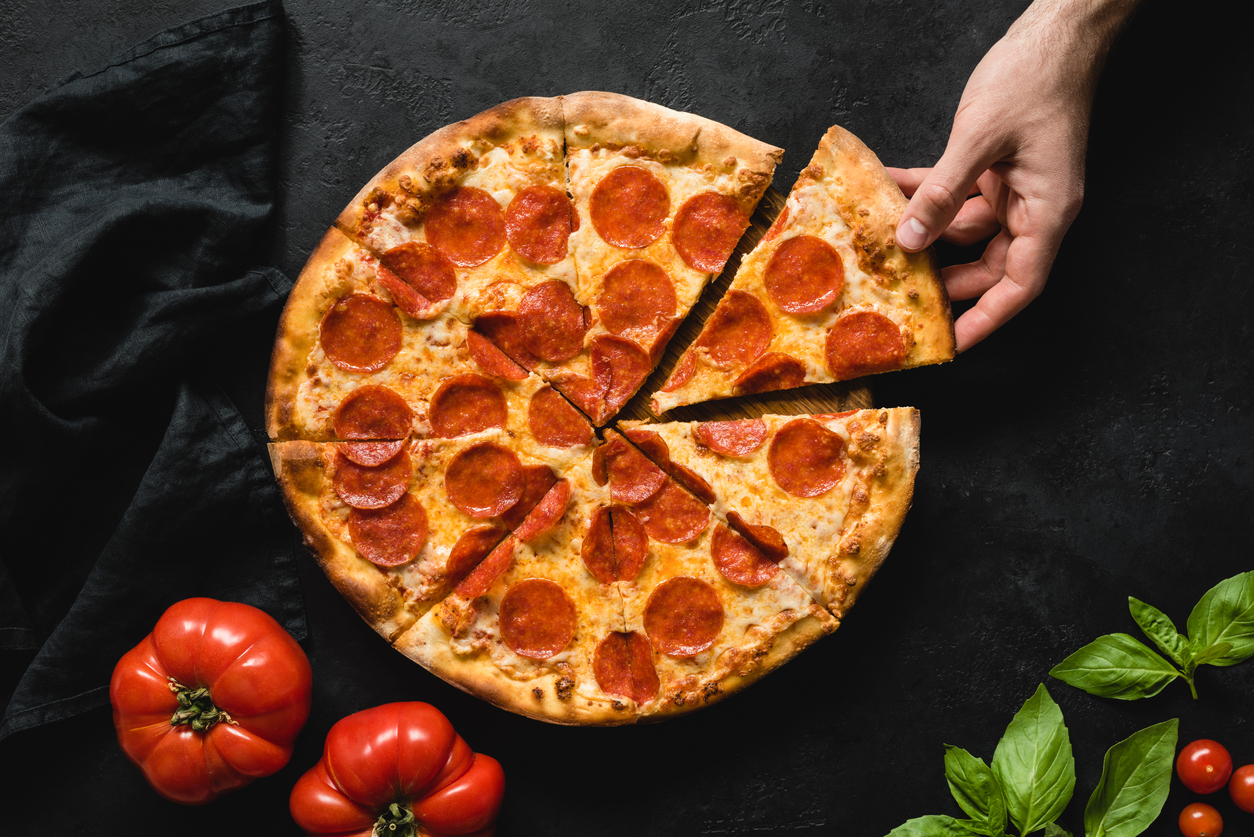 You can get a lot of different toppings and flavors with American pizza, but if you need a crowd-pleaser, you can’t go wrong with pepperoni. Also, if you’re in Chicago, you must try the Chicago-style deep-dish pizza. It’s a unique take on American pizza—the pizza is very thick and there’s a ton of cheese hidden underneath the tomato sauce. It’s a must-try! 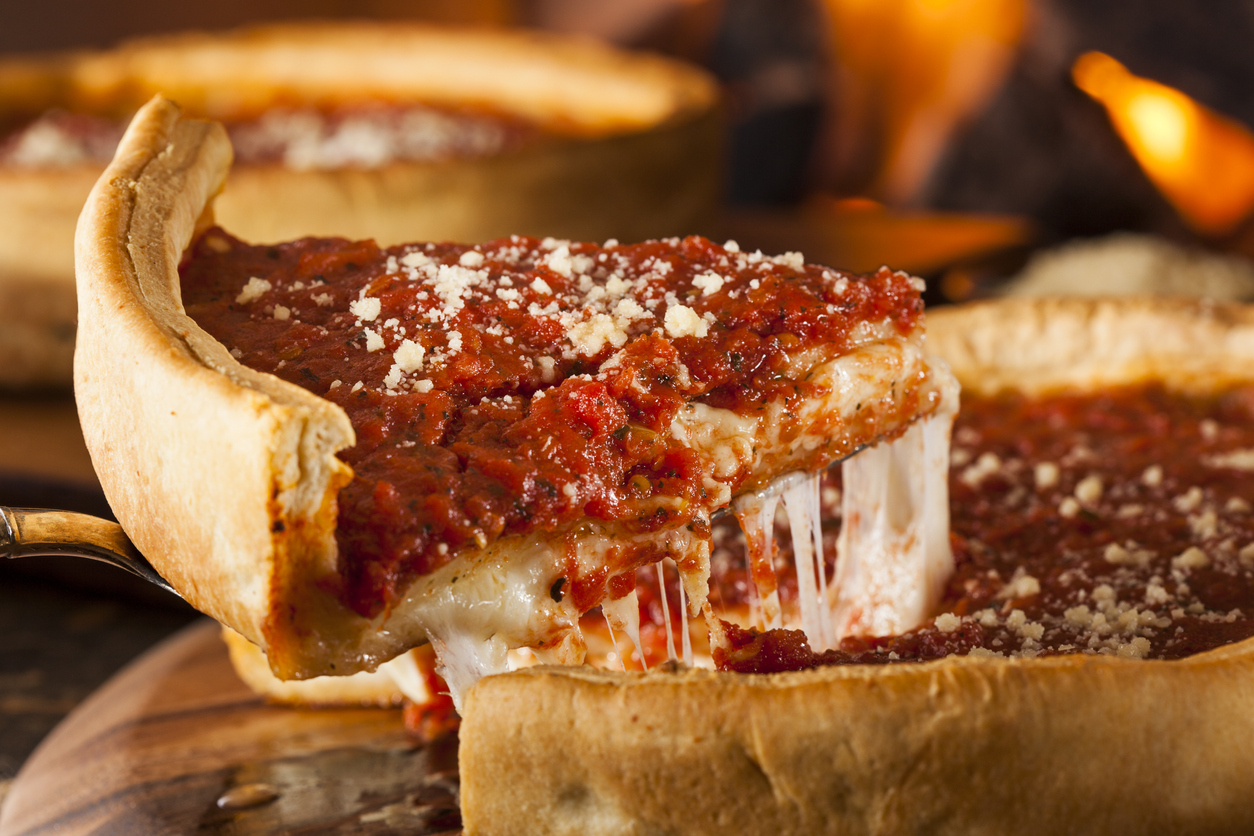 A hot dog may seem like a simple food, but it’s a very classic American food. For Americans, hot dogs are about way more than just food. It’s also about memories of going to see a baseball game or enjoying a summer picnic with friends and family.

For Americans, a hot dog means way more than just a food. It is also about memories of going to see a baseball game, or a summer picnic with friends and family. Different cities across America also have different styles of hot dogs, so you can try local specialties depending on where you are. The traditional American hot dog is topped with mustard or ketchup. One of the most unique American hot dogs is the Coney Dog (found in Cincinnati)—it’s topped with thick chili sauce, onions, cheese and a bunch of spices. 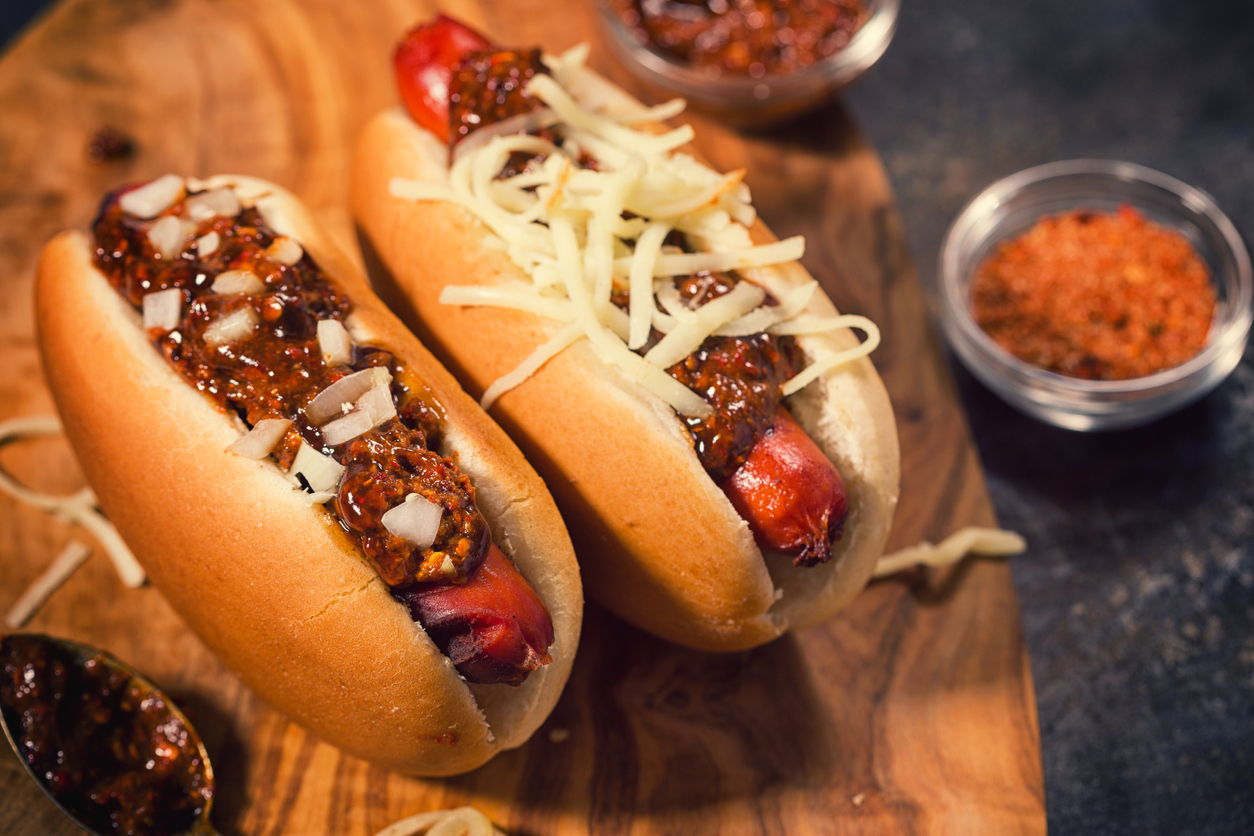 Americans also love fried chicken, especially if they’re watching a sports game! For the Super Bowl in 2018, Americans ate approximately 1.35 billion chicken wings. (Keep in mind that the US population is only about 325.7 million.) The most popular flavor for chicken wings among Americans is buffalo. The hot and sour crispy wings make a great snack for watching sports! 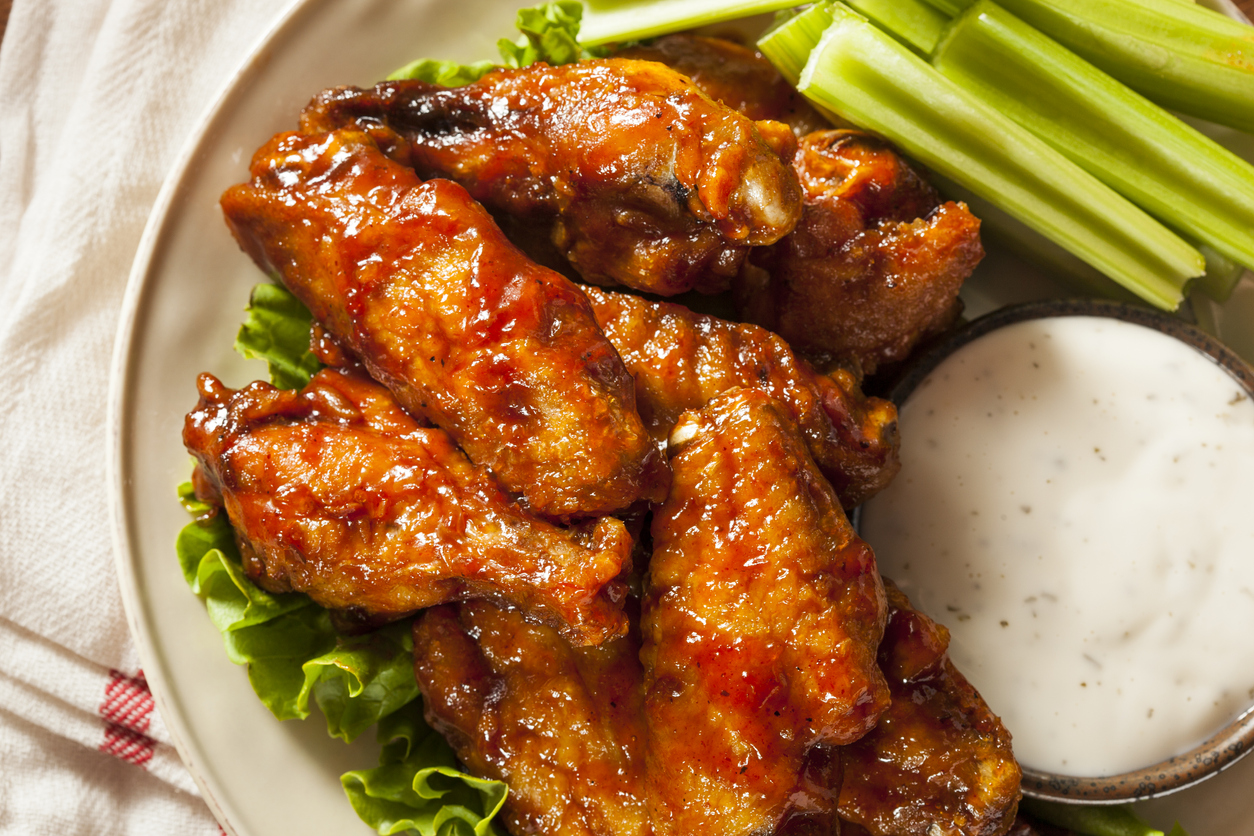 Another food full of memories and nostalgia for many Americans are s’mores. Many American kids ate s’mores during the summer while camping or having backyard BBQs and bonfires in the summer. Typically s’mores are made outside over a bonfire. First, you toast the marshmallows over the fire with a long stick, then sandwich the warm marshmallows with a piece of chocolate between two graham crackers. The warm marshmallows melt the chocolate, making a warm, sticky, chocolate-y sandwich snack! 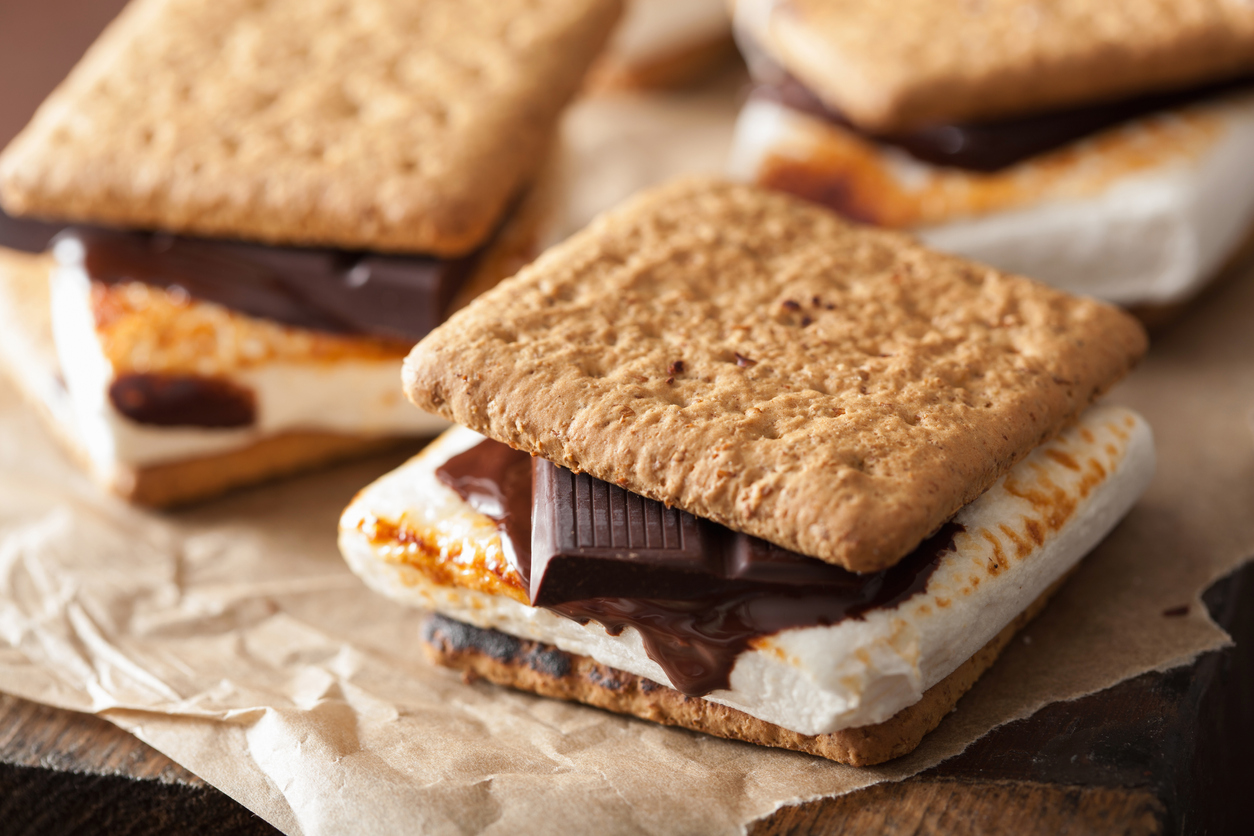 When it comes to American desserts, chocolate chip cookies are certainly one of the most classic treats. This is often one of the first desserts Americans learn to bake when they are little kids and you’ll see them for sale in almost any bakery or cafe. The soft chewy cookie with melted chocolate chunks makes for the perfect afternoon or after-dinner treat. 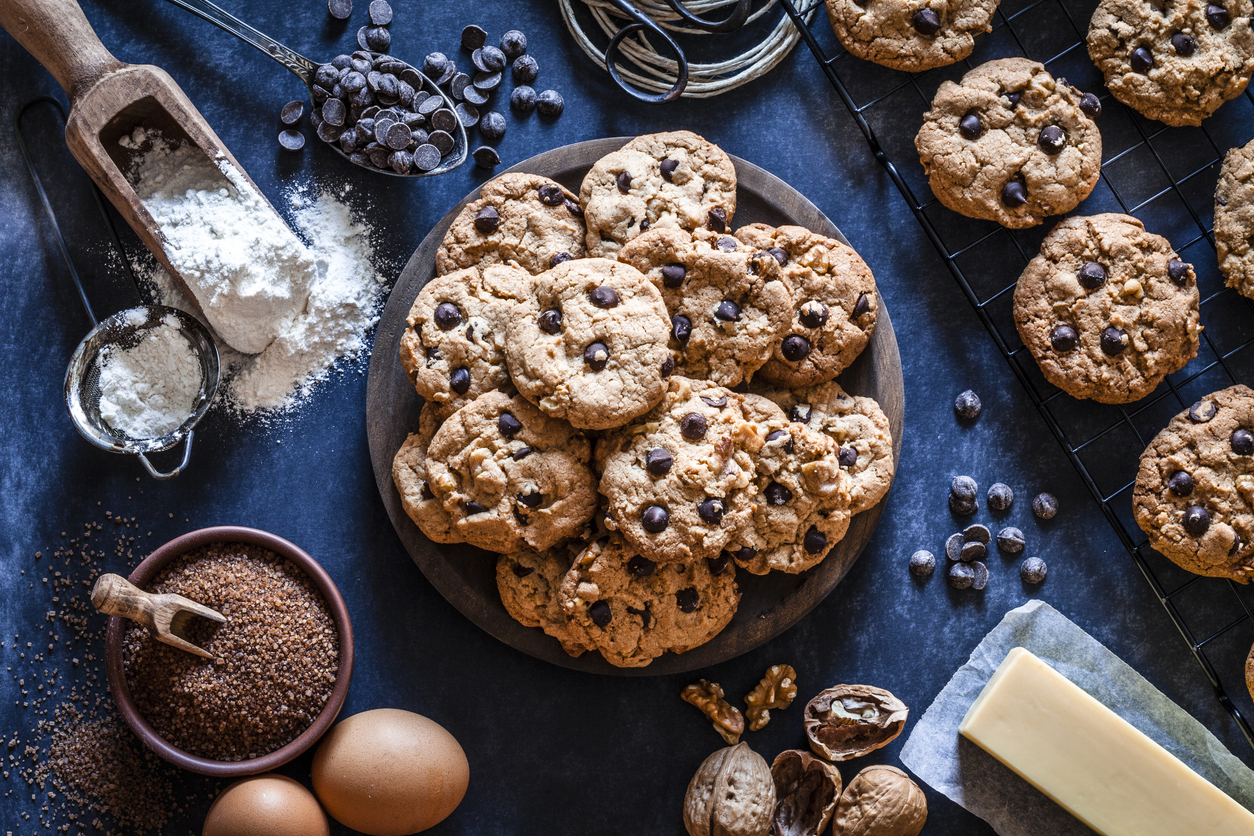 The classic apple pie is another can’t-miss American dessert. The apple pie is many Americans’ favorite pie—followed by pumpkin and chocolate. There is even the saying “American as apple pie,” so if you want to really experience American culture and food, the apple pie is a must to try. The mix of apple and cinnamon flavors is especially popular for Americans during autumn. If you spend Thanksgiving with American friends, you’ll definitely see an apple pie out for dessert. 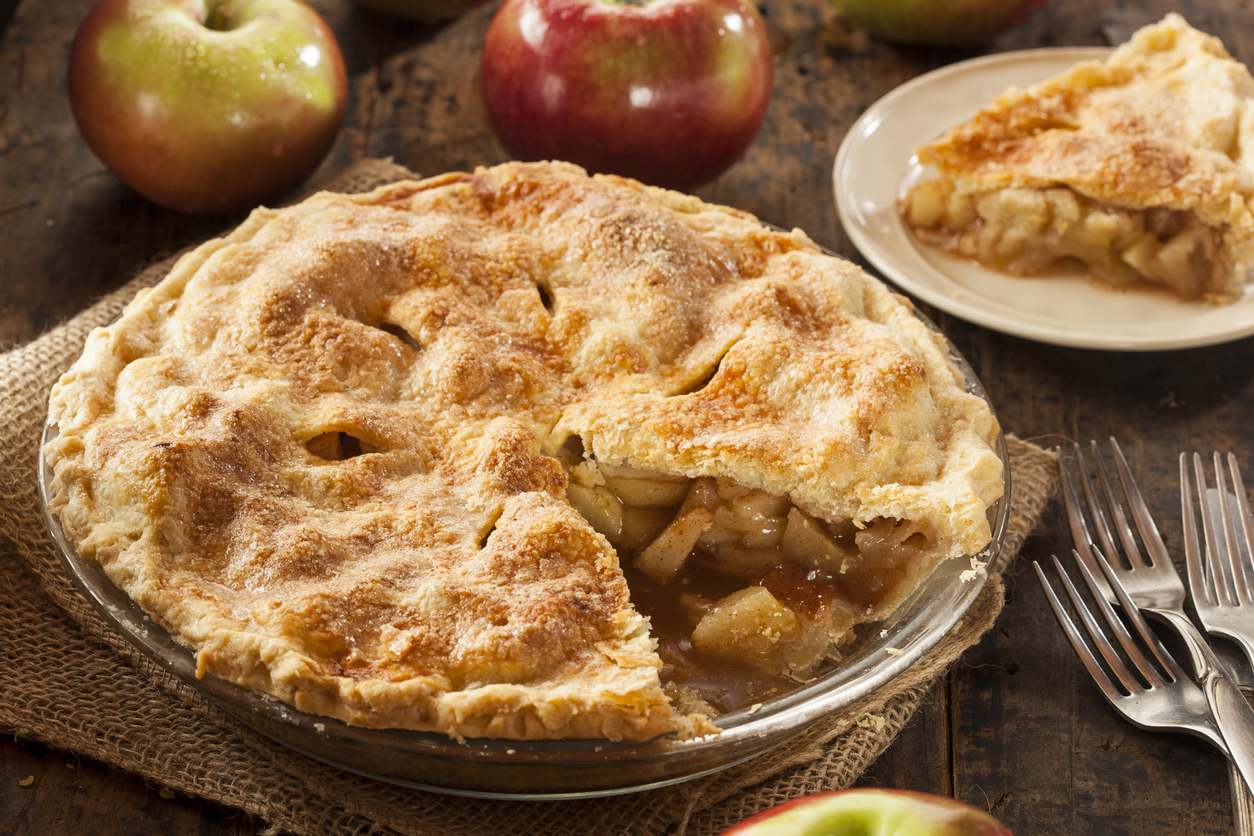 Are you ready to experience the food and culture of the United States? Check out the cheap flights on StudentUniverse to start your American food tour!

Skip back to main navigation