Passing time on a flight has never been easier, and now that Netflix let’s you watch content offline, it’s game on even without a good in-flight wireless connection!It’s 2 am. The passenger next to you is sleeping. You look around and notice that the entire cabin is doing the same. You don’t reach your destination for another six hours. You decide to pull your headphones out and plug them into your laptop. You power it on and log onto your favorite streaming video service. So many shows and so little time. So, within those six hours, one question remains. What are you going to binge-watch?

Flights can be some of the most boring experiences on the planet. To alleviate this boredom, it may be in your best interest to catch up on TV. Whatever genre of shows you like, there are five shows that stick out as great stories to watch unfold before your very eyes.

Blending comedy and drama, this animated series has found a wide audience on Netflix. The series revolves around a washed-up movie star (Bojack Horseman) who is trying to make it in Hollywood as an adult. The show strikes an intriguing balance between its light and airy comedy elements with its darker dramatic moments that make you think about your own life.

One of the main reasons the show should be binge-watched is because of the evolution of Bojack. He goes on an emotional journey that needs to be seen to be believed. Not only that, but Bojack Horseman spouts outstanding voice over performances from Aaron Paul (Breaking Bad) and Will Arnett (Arrested Development).

Once again starring Aaron Paul, this series on Hulu shines the light on the idea of cults and how, sometimes, things aren’t always as they seem. The Hulu-exclusive series deals with a wide range of issues and amps up the drama with one of the characters struggling with hardships that come with being a teenager who lives in a cult.The Path is slightly marred with controversy as they mentioned a real-life school shooting in one of their episodes.

The great reason to binge-watch The Path? The show almost acts as a mini-series and only has one season. If you have close to an 18-hour flight, then The Path may be an avenue you want to take.

American Horror Story is unique in a multitude of ways. One of these being the fact that the content pushes the boundaries of cable television. Along with the content, the setup of the show makes it perfect for a binge-watch. American Horror Story is setup as an anthology. While the show has aired numerous seasons on FX, each season is different. The same core cast stays in place, but the time periods, settings and content all change.

An anthology is an excellent tool for binge-watching. You can see the entire story from start to finish on one lengthy flight. And, you don’t have to watch any of the previous seasons to understand the later ones. The show has won numerous awards and can be streamed via Netflix.

Everyone loves conspiracy theories. This show concerns itself with one of the most famous conspiracy theories (that of the JFK assassination). 11/22/63 asks the viewer a question: what if you could go back and stop JFK from being assassinated? Would you do it? The show dives into this topic and even throws in a little romance on the side.

11/22/63 stars James Franco as the man who is tasked with stopping the assassination. Hulu had a hit on their hands when the show debuted in Spring of 2016.

Not many shows can completely envelop an entire audience and get them to binge-watch the entire show in one sitting. Stranger Things was able to pull this off with flying colors. If you haven’t heard of Stranger Things, you probably don’t watch much TV. The show averaged around 14 million viewers within its first 35 days of streaming.

The supernatural drama takes place in the 80’s and seems like a show directly taken out of that same time frame. The eight episode first season is a manageable chunk on a flight and will keep you hooked until the cliffhanger. And yes, there will be a second season.

Passing time on a flight has never been easier, and now that Netflix let’s you watch content offline, it’s game on even without a good in-flight wireless connection!

Kacey Bradley is the lifestyle and travel blogger for The Drifter Collective, an eclectic lifestyle blog that expresses various forms of style through the influence of culture and the world around us. Kacey graduated with a degree in Communications while working for a lifestyle magazine. She has been able to fully embrace herself with the knowledge of nature, the power of exploring other locations and cultures, all while portraying her love for the world around her through her visually pleasing, culturally embracing and inspiring posts. Along with writing for her blog, she frequently writes for sites like US Travel News, Thought Catalog, Style Me Pretty, Tripping.com and more! Follow Kacey on Twitter and subscribe to her blog to keep up with her travels and inspiring posts!

Lost Your Luggage? Here’s What to Do Now.

It's every traveler's worst nightmare: showing up while your luggage doesn't. While obviously this situation is not ideal, it is not the end of the world. Just breathe, stay calm, and follow these steps to try to get your lost luggage back. 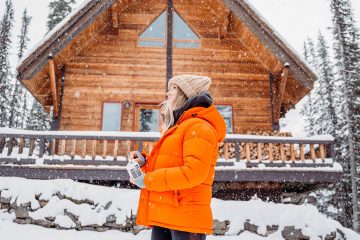 How to Get Cheap Winter Flights in 2021

Wondering when you should book your flights home for the holidays? Say less. We’ve got all the data you need to find the cheapest flights this winter. Everything You Need to Know about Traveling as a College Student

In college or will be soon? We've gathered 23 of our best travel tips for traveling as a college student right here.