I am not a cyclist, but thanks to my friends at StudentUniverse, the Taiwan Tourism Bureau and Giant Bicycles, for nine days in November 2015… I was.

Cycling Taiwan was the hardest, most painful, most exhausting (as well as the most exhilarating and most rewarding) thing I have ever done.

On November 14, 2015, our team—made up of a Malaysian tour group, me and the other “Overseas Cyclists”, and our Taiwanese leaders from Giant—met in Taipei and began our journey, heading south on our loaner Giant bicycles. Nine days, 912 kilometers, and countless blood, sweat, and teardrops later (honestly, it was mostly just sweat), we were back in Taipei, having circumnavigated the luscious green island nation, with new friends and memories made along the way.

The first day was hard. There was a lot of uphill riding, followed by a smooth descent, made more difficult, however, by the rain we encountered in the late afternoon and the semi-trucks passing us with only feet to spare (miraculously, only a few wipeouts occurred on the trip, and there were no serious injuries). It was pretty neat, though, how friendly and gracious the people on the road were. The Taiwanese locals who overtook us in cars and on scooters almost always waved, and sometimes even shouted advice and words of encouragement to us as they passed. It was definitely encouraging and really made us feel welcome in Taiwan. That day we rode 80 km, which translates to about 50 miles. To put it in perspective for you—on that first day we rode farther than the total number of miles I had cycled IN MY LIFE to that point. If you’re thinking I was in over my head, you are absolutely right! But I like a challenge.

Each day we started riding around 8 o’clock in the morning. We would ride maybe 15-30 km, and then take a short break (even shorter for us slower riders), and then ride again, then take a break again, then ride again, then break for lunch. After lunch we would ride, then break, then ride, then break, then ride, and then stop when we reached our lodgings for the night (each day we rode between 80-120 km). There we would have dinner as a group and then have the rest of the evening free. Some nights we would be too tired to move after spending all day on the bike, but on other days some of us would venture into the city to explore the night markets and shop.

For me, every moment on the bike was its own unique, painful, beautiful challenge. People have asked me,

“Did you have to train like crazy in preparation for such a physically taxing endeavor?” And I say to them, “A smarter person would have. But no. No, I did not.”

I am not used to physical activity of any kind, to be completely honest. I’m in decent(ish) shape, but I don’t work out regularly. And I had never cycled more than 16 miles in my life. A couple rec center spin classes in college, and two visits to a bike shop were all I had up my sleeve. But somehow (by the grace of God) I was able to ride the full 912 km, and never had to hitch a ride in the support van (WOOHOO!). The way it worked out, I was usually on the bike for about an hour and a half between each break, and on each break I would have 15-20 minutes to rest. Sometimes our breaks took place on the side of the road, wherever our vans had room to park. The support team kept the vans stocked with apples and bananas and little energy snacks, as well as jugs of water to refill our bottles. My favorite breaks, though, were the ones that took place in 7-Eleven parking lots. (Side note: I have NEVER seen more 7-Elevens than I saw in my short time in Taiwan.) There I could run into the convenience store for some liquid fuel, specifically Mr. Brown’s canned iced coffee (amazing), Coke (always a classic), or an energy drink we referred to as “Chinese Red Bull” (magic).

The landscape surrounding us each day was nothing short of stunning. Bright blue skies and mountains covered in lush greenery, sprawling fields painted in assorted shades of emerald. Even on the few rainy days we had, the fog and the gray skies brought out new elements of beauty from this tropical island dream. In the middle of the week we started riding along the coast. Cruising down the highway, with the wind in my face and the Pacific Ocean to my left, it was easy to forget that I had no idea what I was doing! I felt strong, and empowered, and alive, and brave. My muscles ached, my wrists were killing me, I sustained temporary nerve damage to my left thumb, and I had blisters in unpleasant places, but I felt great.

The food was also a new adventure for me—I had never had traditional Taiwanese food before, and it was not something for which I was well prepared. Some dishes we had were really fantastic, but I’m not going to lie, I didn’t love all of it. Most meals featured pork belly, as well as fish and soup, and there was always plenty of white rice. There were not as many noodle dishes as I expected. But I did get to try a lot of new things! For example, I ate squid (actual squid, not just calamari) for the first time, and I also tried snake meat…it wasn’t terrible (although my grandma would probably have a heart attack if I told her about it). One day we stopped for lunch in a small town, where we were told we would have “an authentic Taiwanese lunch”. I don’t know how exactly to explain what that meal was…there were hard-boiled tea eggs, and then a sort of a gelatinous mound of rice, covered in almost a gravy-looking sauce-ish, topped with a little bit of ground pork…let’s just say it was unlike anything I have ever tasted…

After our nine-day cycling tour of the island was complete, my team of Overseas Cyclists was treated to an extra day in Taiwan. This day included a tour of Taipei with Lily, our own personal guide from the Taiwan Tourism Bureau. We even got our own little tour bus so we could travel in style! It was a wonderful, RESTFUL day (even though I was, of course, still sore from the previous nine days!). Among other things, we were able to visit the Mengjia Longshan Temple in the Wanhua District, which was really cool.

We also had the unbelievable opportunity to see Taipei from the highest point in the city, which was also the world’s tallest building from 2004-2009—the Taipei 101. It was breathtaking, and terrifying, and altogether just a really special thing that was shared with us, and I am immensely grateful for the experience.

The entire trip was extraordinary, and truly a gift. We were treated so kindly and cared for so well. The accommodation was lovely throughout, the guides were fantastic, and the whole tour functioned like a well-oiled machine. To everyone who made this trip possible, I say THANK YOU from the bottom of my heart. It was an absolutely life-changing experience, totally out of my comfort zone, and I can honestly say that it’s something I never would have done on my own. Now I count this cycling tour as one of my greatest achievements. I learned a new skill, pushed my physical boundaries, made a diverse group of new friends, and explored a beautiful country.

Thanks again StudentUniverse! I will never forget the nine days I spent on that Giant bicycle in Taiwan. 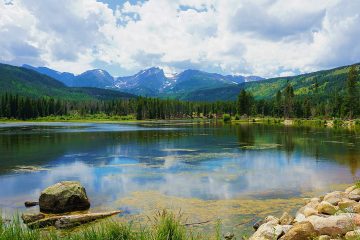 The Best US National Parks to Visit this Summer

Get outside this summer with an adventure to one of these incredible National Parks! Are any of these on your bucket list? Need a dose of adrenaline? Dubai is one of the BEST destinations for adventure-lovers, and we've got 13 reasons why.